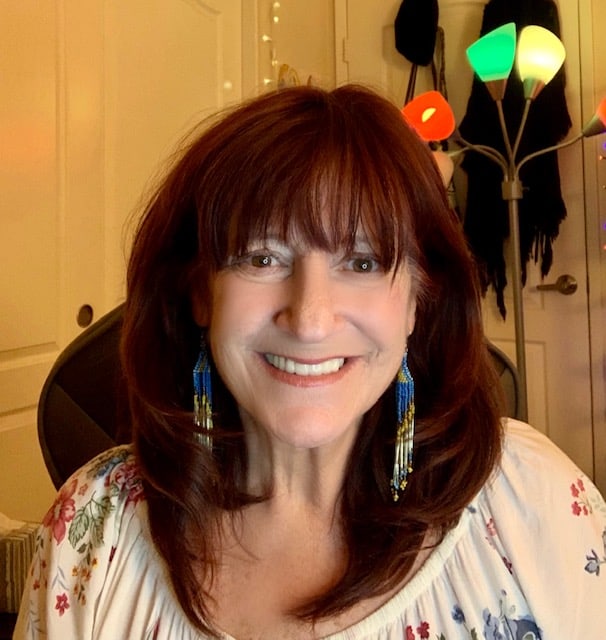 At the age of five, unusual abilities were already manifesting and two decades later would prove to be a hard earned victory, as she would embrace her meaningful work that was intended for her to do. Psycho Kinesics, derived from the two Greek words for soul and movement. Psychokinesis (PK) – sometimes referred to as telekinesis or mind over matter – is the ability to move things or otherwise affect the property of things with the power of the mind. Of psychic abilities, true psychokinesis is one of the rarest. Few have been able to demonstrate this ability.

This was an unconscious and involuntary act. Her emotional isolation was a direct reflection of growing up in a large and wealthy family, which was often clouded by the material world, this was a difficult obstacle for Maureen to overcome. She was labeled strange, different and crazy. It would take many years of poor choices and hard lessons to enable her to admit that she was not following her inherited spiritual path.

Once realized, the work would prove to be a painful one. She’d have to leave behind her bad habits, and be willing to surrender herself and have faith in a greater power. She spent several hours a day reading and searching for authors who would soon become her mentors. When Maureen’s physical shape began to deteriorate due to the draining effects of her Psycho Kinetic ability, and the subsequent heart condition and weight loss that ensued, she contacted the director of parapsychology at UCLA, known for their research into Psycho Kinesics (“PK”). Maureen wound up taking part in various PK studies, which proved to be very rewarding.

Then, she hit the books again, and discovered the wealth of knowledge to be gleaned from astrology, numerology, and her personal favorite, the Tarot. There was universal understanding to be had through these symbolic records of human experience and she also found the cards to be a link to her PK ability. She figured out that all of the tarot cards fell into place through movement and energy in ways that were similar to how she was able to make objects move with her mind. There was a symbiosis between the two disciplines, which she found to be a very useful tool in her readings. Her clear and accurate tarot readings, over the years, have earned her the respect of national and international clients who continue to seek out her insights.

A published author and the proprietress of TarotVisions,”established in 1988, where “Maureen produced an instructional audiotape entitled” Acquainting Yourself With Tarot Cards.” In 1990, TarotVisions branched off to become the “Academy of Metaphysical Arts,” a center developed with the purpose of helping others to attain personal spiritual development and universal understanding. 1992 – 1995 Formerly known resident psychic on KNAC Los Angeles FM Radio.

In December 2009 Maureen launched a Web T.V. Live call-in show – TarotVisions-Maureen. In May 2010 she was asked to co/produce co/host “Psychic Viewpoint” an Internet radio show.

In 2020, she started working with other talented psychics at MysticSense.com

Since 2004 involved with “Child Finders,” an organization that works with the authorities throughout the US to help find those who are listed as missing or have been abducted. She continues to teach and still enjoys soaking up as much knowledge as possible, as being born of wisdom with psychic and mediumistic sensitivity she knows this is her true authentic self.

Clairvoyance, Clairsentience, Clairaudience, Clairempathy and a caring heart allows for Maureen to receive psychic impressions, visions, and feelings above all the ability to see beyond appearances. Well versed in Relationships, Business/Financial Ventures, Past Lives and Spiritual Development. Motivated by good intentions and maintaining a remarkable degree of objectivity her professional background of 30+ years has proved to be feasible and advantageous to clients such as Disney and Fortune 500 executives as well as professional heavy weight boxers. Her unusual life experiences and vivacious style create an unique ambiance for her clients who enjoy this fascinating, energetic, and talented reader.

With her sun in Leo and rising in Pisces, it’s no surprise that Maureen lives in a beach community in San Diego, California, where she raised her daughter while being a stay at home single parent – which allowed her to work professionally and attend every precious field trip with her daughter. In 2013 her daughter graduated from  UCSD COGNITIVE & NEUROSCIENCE – Graduated Columbia NYC Masters program. Currently attending a PhD program – University of Minnesota Twin Cities (UMN) She is an amazing soul and gift like no other.

To describe Maureen as an athletically active individual is a large understatement. Despite her age, she is a hip-hop roller skater, swims and goes sailing. Most recently skydiving and intends to be involved with jumping forever! She finds her interactions with clients to be just as enriching for her, as they are for them. In fact, many of her loyal clients have become her closest friends. She prides herself on her care and concern for people, which includes her aging parent.

"The tarot is a symbolic record of human experience."

"Through my eyes" and "There you have it"