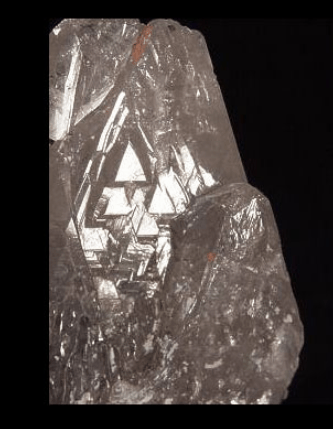 I began reading the Tarot cards in the 1980’s. During that time I thought that crystals were nothing but a new age trend. Yes they were pretty and everyone was showing them off either by wearing them or displaying them in their home, office and anywhere else. I had no desire to acquire crystals or any kind of rocks for that matter.

I was the general manager of a 24 hr. 50’s diner and one late evening while I was going through paperwork in the dining room, a young man walked in and approached me and asked if I was interested in buying any crystals. I said “no, thank you very much” and he walked out. For whatever reason I decided to jump out of my seat and run after him. I found him in the parking lot next to the diner as he was getting into his 1960’s classic VW van. I asked him where would his crystals be and he said get in and I will show you. Well I was not sure if that would be a good idea, however I jumped in and was amazed at the amount of crystals he had. His van was completely filled with open containers of crystals of every kind. His crystals were not polished, all were in raw form. He told me that his crystals were all mined from Arkansas. I pointed to a box in the back and asked how much for those crystals he said they were all $20.00. I continued to ask him about other crystals in other boxes and all along I was thinking how I felt about these crystals being so “New Agey”. After I overstayed my welcome in his van, I pointed to a box and said, I will purchase one of those $20 clear quartz crystals. I decided to gift a crystal to the owner of the diner as he was recovering from surgery in the hospital.

Later that evening at home I was holding and checking out this overpriced new age rock. I had many candles burning and as I was holding up the crystal to the candlelight I noticed that etchings of small triangles were forming. I was living on no sleep and of course I must be hallucinating. I continued to focus on this crystal and more triangles began forming. I was freaked out and intrigued at the same time. I stayed up until the morning and watched triangles disappearing and reappearing on this amazing 6″ crystal. After a few hours of sleep I rushed to the library, (this was the time before personal computers and smart phones), I checked out all of the books I could find on crystals. I was on a mission to find out what this crystal was all about. Here is a brief overview of my findings.

Unbeknownst to me the arrival of that Record Keeper crystal was the beginning of an unexpected two year directional career move toward working as a full time professional intuitive. Of course I kept that crystal for myself. Many years later it disappeared which is a long interesting story in itself.

No Guides No Angels Just Me